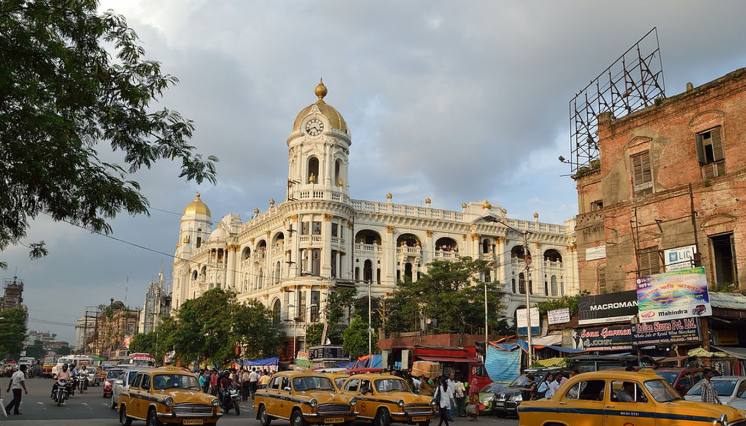 Kolkata is the capital of West Bengal, lavishly rich with its history, culture, art, and traditions. The busy markets, grand buildings, exquisite culture attracts many tourists per annum.
Browse through our packages to get the most out of your visit to Kolkata, and experience the rich history and culture along with its amazing culinary scene and many more. Kolkata, also known as the cultural capital of India, still continues to spawn award-winning poets, writers, and Nobel Prize Winners.

Day 02Victoria Memorial The memorial is a grand British-era structure and is constructed entirely with the use of White Marble. The memorial stands on 64 acres of land beside the Hooghly, nearby Jawaharlal Nehru Road or Chowringhee Road. Victoria Memorial was dedicated to Queen Victoria, built during the British Raj, and today is a museum, showcasing the history of the city, with paintings from the past alongside the weapons, sculptures, maps, coins, and so on from the British Colonial Days.

Day 03DharmatalaWe start our third day at New Market. It is the most popular market in the city. It was established in 1874 and is home to over 2,000 stores. Today, we will experience Kolkata’s vibrant bazaar culture. The Indian Museum, located within the same Dharmatala neighborhood, is the place to go for some history. The Maidan is the city’s largest public green space. The Shaheed Minar is standing 158-foot high and dates back to 1828.

Day 04Old ChinatownKolkata’s Old Chinatown, or Terreti Bazaar, is one of a kind in the entire India. This historic neighborhood preserves Kolkata’s unique cultural heritage, especially that of the local Chinese immigrant community. Start your day here early, at around 6.30 am, to dig into fresh breakfast street food.

Day 05Howrah Bridge and Historic NorthWe start the day at the Mallick Ghat Flower Market, which is over a century old and is believed to be India’s biggest flower market. It also happens to be located right below the Howrah Bridge, one of the world’s busiest bridges, and is a must-visit Kolkata attraction. After spending some time there, we leave to the city’s north, which is famous for its narrow lanes, heritage mansions, and rich history. Kumartuli is a narrow street filled with sculptors at work on a range of terracotta figures, from Hindu deities to decor pieces, and is a must-visit destination. We will stop by the Rabindra Bharati Museum, the ancestral home of Rabindranath Tagore, one of the most important figures in Bengali and Indian literature.

Day 06Kolkata Sightseeing Kolkata is also known to be India’s unofficial literary capital. College Street is a century-old hub of used books and is considered to be the world’s largest book market of its kind. The Indian Coffee House was once a regular haunt for intellectual figures such as Satyajit Ray, Amartya Sen, Rabindranath Tagore, Subhas Chandra Bose, and Sunil Gangopadhyay
After our visit, we will head to the airport/ railway station for our departure

Insurance for the trip

Trip insurance is important documents. Touch Kailash Travels and tours do not need your insurance policy for permit and visa confirmation. it is only for your secure and immergency. make sure your insurance cover travelling up to 5600 miter altitude and cover Emmergency rescue and Medical bills.

Oxygen level is less at higher altitudes. The inclement weather and high altitude induces certain illness generally not encountered over the plains. Headache, nausea, lassitude, lethargy, breathlessness, general uneasiness [malaise], high irritability, light loss of balance, disorientation, incoherence and insomnia are a few. It is common to all irrespective of the age, sex and physical fitness. Gradual acclimatization is the best answer. Tranquilizers, sleeping dose and strong anti-biotic must be avoided. Some of symptoms indicate that the body mechanism is readjusting to new environments. The best idea is deliberately slow down all the activities and follows the following rules:

You are advised to own a small waist pouch or document bag to manage the following documents properly;

Note: Down Jackets and Sleeping bags will be provided on returnable basis at Kathmandu for the Yatra