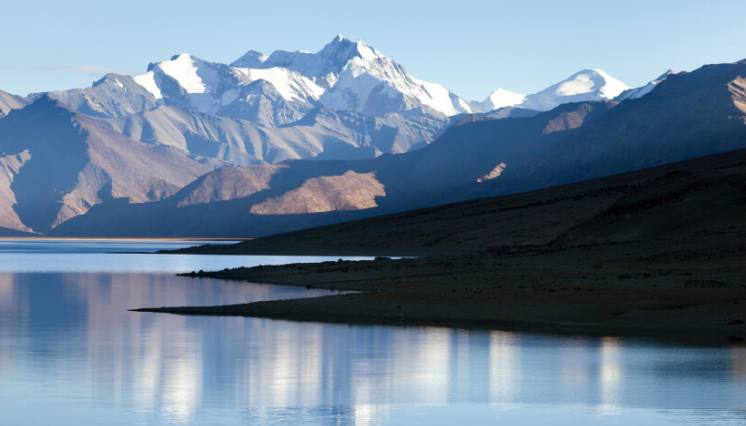 Leh Ladakh is in the uppermost region of India, neighboring the Mighty Himalayas and the country of China. This amazing place dates back centuries and has been built and maintained by the locals, the traditions and culture still prevail strongly in the region. The Palaces, Gompas, and monasteries are all built as per Tibetan Culture and the picturesque landscape makes it the perfect getaway.

To learn more about this bewildering place, or book adventure sports in Ladakh, like Mountain Biking, Motorbiking, Chadar Trek, River Rafting, Mountain Climbing, camping, and many more contact us.

Day 01Arrival at LehOur representative will receive you upon your arrival and drive you to the hotel. We will spend today acclimatizing to the high altitude at Leh. In the evening, you can explore the local market around the historic town of Leh. Overnight at hotel in Leh.


Day 02Leh SightseeingToday, we will be visiting Shey Monastery, Thiksey Gompa, and Hemis Monastery.
Shey Gompa is situated approximately 15 km from the town of Leh. Earlier it used to be the summer palace of the kings of Ladakh. There are lots of Stupas and Gompas built around the palace. Shey palace was built in the beginning of 17 century AD by Deldan Namgyal. One of the main attractions in Shey is the 12m Shakyamuni Buddha statue inside the Dresthang Gompa.
Thiksey Gompa is located close to Shey. It is about 17 kms from Leh and is considered to be one of the most beautiful monasteries in Ladakh. It belongs to the Gelukspa order. Hemis is situated about 45 kms south of Leh. It is one of the most famous and largest monasteries in Ladakh. It was founded in the early 17th century and belongs to the Drukpa order. The setting is perfect with the monastery cradled in a lovely valley, surrounded by streams and fronted by long Mani walls.

Day 03Leh – Likir – Leh (125 Km) In the morning after Breakfast, we will drive along the Indus River and visit Hall of Fame and Pathar Sahib Gurdwara. Further, we will go down to the Confluence (Sangam) of Zanskar and Indus river near Nimu and cross Magnetic Hill to reach Likir in Sham Valley of West Ladakh.
Magnetic Hill is located 30 kms west of Leh on the Leh – Kargil Highway. It attracts metallic objects and even moves heavy vehicles up (defying gravity) while their engines are switched off.
Sangam of Indus and Zanskar drives through a pictorial landscape, which about 30 kms west of Leh. One reaches the confluence of the Indus and Zanskar river 4 km before Nimmu village. The confluence offers a magnificent view of the two rivers having different colours and force. It is at an altitude of 10,823 ft.
Likir Gompa is set on an isolated ridge. Numerous Thangkas hang from the columns and walls in the Assembly Hall. The view from the terrace of the village below and the mountains beyond is awesome. Also, the huge statue of Buddha in the open, behind the monastery is one of the major attractions of the Gompa.

Day 04Leh – Pangong Lake – Leh (145 Km) Today, we will start our day early in the morning and drive to Pangong Lake (4267m / 14000 ft.) via Chang-la Mountain Pass (18,000 ft/5,475 m). On the way, we will see mesmerizing vistas with the changing hues of the waters of the lovely Pangong Lake. We will go up to the shore of Pangong Lake until we reach Lukung Village. Later drive back to Leh to reach by evening. An overnight stay in the hotel at Leh.
Pangong Lake, is 6 kms (4.5 miles) at its widest point and over 130 kms (80 miles) long. It is divided by the international border i.e. India and China. Pangong Tso offers spectacular view of the mountains, their reflections sparkling in the ever-changing blues and greens of the brackish waters of the lake. One can witness marmots on the way and the Kiang if lucky.

Day 05Leh – Khardung La – Leh (39 Km) Today after breakfast in the morning, we will drive to the north of Leh up to Khardung La. (Mountain Pass at 5570 m/18380 ft.). It is supposed to be the highest motorable road not only in India, but in the world. After exploring the area, we will drive back to Leh by afternoon. In the evening, one can walk to Leh Market for last minute shopping. An overnight stay in the hotel.

Day 06Departure We will conclude the trip and depart Leh as per the flight/train timing.

Insurance for the trip

Trip insurance is important documents. Touch Kailash Travels and tours do not need your insurance policy for permit and visa confirmation. it is only for your secure and immergency. make sure your insurance cover travelling up to 5600 miter altitude and cover Emmergency rescue and Medical bills.

Oxygen level is less at higher altitudes. The inclement weather and high altitude induces certain illness generally not encountered over the plains. Headache, nausea, lassitude, lethargy, breathlessness, general uneasiness [malaise], high irritability, light loss of balance, disorientation, incoherence and insomnia are a few. It is common to all irrespective of the age, sex and physical fitness. Gradual acclimatization is the best answer. Tranquilizers, sleeping dose and strong anti-biotic must be avoided. Some of symptoms indicate that the body mechanism is readjusting to new environments. The best idea is deliberately slow down all the activities and follows the following rules:

You are advised to own a small waist pouch or document bag to manage the following documents properly;

Note: Down Jackets and Sleeping bags will be provided on returnable basis at Kathmandu for the Yatra