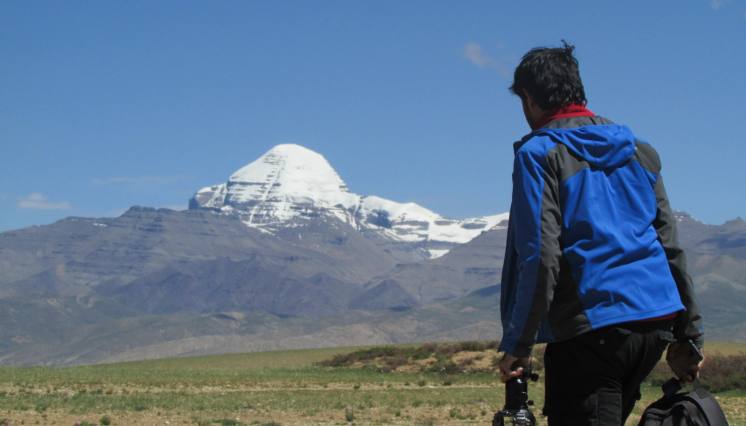 Kailash Tour is a kind of yatra for pilgrimage peoples from all over the world. Kailash is believed as a holy place for Hindu, Buddhist, Jain and Bon. Not only pilgrimage, naturally reach Kailash is visiting by thousand and thousand peoples every year. Most of the visitors are from India, Hindu and religious peoples. They take this tour as Kailash Yatra. The best season for Kailash Tour is from May till September every year. Best operation season and easy access from this tour is from Nepal, Kathmandu. Normal Kailash Tour takes 13 days which includes three days Kailash Kora/ Parikrama/ Round.

Kailash lies in western side of Tibetan autonomous region, which is Ngari state. Lots of immigrations are form from Tibetan government on the way which is tightly followed. Visa and permit are necessary for Kailash Yatra or Kailash Tour. Tibet travelling permit and visa is not issued personally. It is group visa and arrange by government license holder travel agent. Travels agent also should involve and recognize with China Indian Pilgrimage Service center of Tibet (CIPSC).

Kailash Tour can be run as overland tour or Helicopter tour from Nepal. The main entry and exit point is Kodari boarder for overland and Hilsa boarder is for Helicopter tour. Road via kodari boarder is well paved in both side of countries, Nepal and Tibet. Well paved road goes up to Mount Kailash base Darchen. Darchen is the point to start Kailash parikrama. Before darchen you will visit and stay an overnight in Lake Mansarovar, which is also part of holiest. Peoples take bath and preform ritual activities in bank of Manasarovar.

The maximum high altitude of this trip is 5613m from sea level, Dolma La pass during Kailash parikrama. Peoples having sugar and high blood pressure is much risk in this trip. Peoples have to cross several high passes over 5500 miter by driving and sleep more than 4000 miter high altitude for at least 5 days. Accommodation of this trip is very basic and toilets facilities are very poor. Peoples have to choose a good and established travel agent for successful Kailash Tour.