10 Hindu Temples in Nepal you must Visit 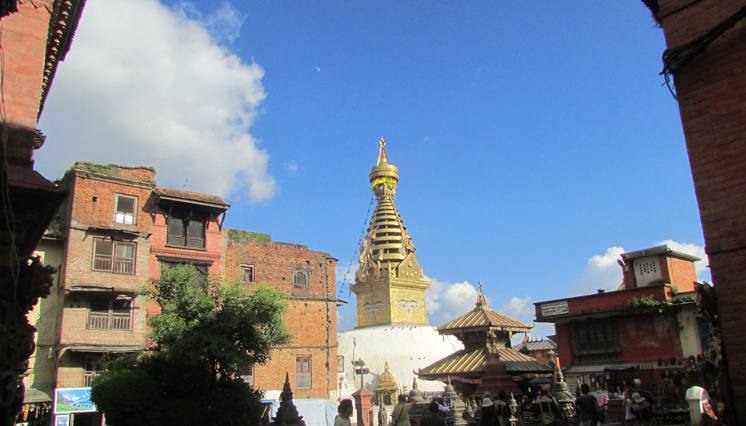 With the diversified natural beauty, traditional heritage and a rich history, Nepal is one of the most culturally appealing places in the world. Historical cities and temples are surrounded by the broad mountain ranges that embrace the country along with its outstandingly diverse landscape. With such a wonderful array of ethnicities, Nepal is a no wonder place to visit. Hence, ten such temples that one must visit in Nepal are briefly described below for reader’s convenience.

Most sacred Hindu temples of Nepal -  Pashupatinath Temple is located on the bank of Bagmati River on the eastern outskirts of Kathmandu. It is dedicated to a manifestation of Shiva called Pashupati (Lord of Animals). It is a square, two-tiered pagoda temple built on a single-tier plinth, and it stands 23.6m above the ground. Richly ornamented gilt and silver-plated doors are on all sides.

It attracts thousands of pilgrims each year and has become well known far beyond the Kathmandu Valley.

The Budhanilkantha lying statue of the Hindu Lord Vishnu, located approximately 10km from the centre of Kathmandu at the base of the Shivapuri Hill, is the largest and most handsome stone carving in all of Nepal. It is also the most enigmatic.

Carved from a single block of black basalt stone, the Budhanilkantha (Jal Narayan) statue is 5 meters in length and it lies in a reclining position inside a recessed tank of water (representing the cosmic sea) that is 13 meters in length.  Vishnu’s legs are crossed and the eleven heads of Shesha (nagas) cradle his head. Therefore, if you are travelling around, Budhanilkanta is must to visit for blessings and heritage visit.

Guhyeshwari Temple is an important pilgrimage destination for the Hindus as well as the Buddhists, located around 1km east of the main Pashupatinath Temple.

Recognized as a Shakti (power) Peetha, a symbol of power, it is believed that a body part of Sati Devi (wife of Lord Shiva) fell after her death at the very place where the temple is now located. This temple was built by King Pratap Malla in the 17th century.

You can make a short trek at this beautiful temple which portrays the female divine.

Doleshwar Mahadev Temple, which lies in Bhaktapur district of Nepal, is 20 km from the capital city of Kathmandu. It is an approximately of 30 minutes’ drive from Kathmandu to Doleshwar. For all the Shiva devotees, it is believed that the trip to Kedarnath is incomplete without visiting Doleshwar Mahadeva and Pashupatinath.

The visit to all these three holy places is believed to wash off all the sins of one’s lifetime and an opportunity to receive holy blessings from Lord Shiva. Hence, visiting this cultural temple also gives a way to view beauty of Bhaktapur.

Located 22 km outside Kathmandu and about 1 km outside the village of Pharping, Dakshinkali is one of the main temples of Nepal dedicated to the Goddess, kali. Animal sacrifices, particularly of cockerels and un-castrated male goats, are the main way that the goddess is worshipped.

The temple holds more than millennium years, old legend of its establishment in the reign period of Manadeva of Lichchhavi dynasty founded by Supushpa, the first Aryans and Lichchhavi ruler of Nepal. Beyond, the area around Dakshinkali temple is full of trees, river, small food stalls and hotels. Trekking at this place is very famous for both domestic and foreigners. On the way, we can visit chobhar hill and Taudaha lake.

The Manakamana temple, situated on a mountain ridge in central Nepal about 65 miles west of Kathmandu, is the sacred place of the Hindu goddess Bhagwati. The name comes from mana, meaning heart, and kamana, meaning wish, and Bhagwati is believed to grant the wishes of worshippers.

The journey to the temple used to involve an arduous hike and could take up to three days. Since 1998, the most efficient means of transport has been by cable car, in a gleaming, Austrian-engineered gondola lift that glides above the Trisuli river valley, ascending or descending nearly 3500 feet in the lap of about 10 minutes. View from cable car is priceless. One must visit Manakamana for valuable memory.

Situated at an altitude of 3,710 meters at the base of the Thorong La mountain pass in the Mustang district, Muktinath is a highly venerated sacred place for both Hindus and Buddhists. This holy site Mukti Kshetra literally means the "place of salvation" and it is one of the most ancient temples of the God Vishnu and the Vaishnava tradition in Nepal.

Behind the temple is a semi-circular wall with 108 stone faucets at a height of seven feet where visitor take bath under all these faucets. Besides, Muktinath area is famous for trekking due to its beauty together with mountains.

She's young and beautiful. A glimpse of her is believed to bring good fortune. She's Nepal's Living Goddess (Kumari). In Nepal, a Kumari is a pre-pubescent girl selected from the Shakya caste or Bajracharya clan of the Nepalese Newari community. The Kumari is revered and worshipped by some of the country's Hindus. While there are several Kumaris throughout Nepal, with some cities having several, the best known is the Royal Kumari of Kathmandu, and she lives in the Kumari Ghar, a palace in the center of the city.

If you wonder to visit, then Basantapur Darbar Square is the place where you’ll find amazing facts to know.

Located on a high hilltop that is also known as Changu or Dolagiri. The temple was surrounded by champak tree forest and a small village known as Changu. The temple is located in Changu Narayan VDC of  Bhaktapur District, Nepal. This hill is about 12  km east of Kathmandu and a few miles north of Bhaktapur. The Manahara River flows beside the hill.

This shrine is dedicated to Lord Vishnu and held in special reverence by the Hindu people. This temple is considered to be the oldest temple in the history of Nepal. The Kashmiri king gave his daughter, Champak, in marriage to the prince of Bhaktapur. Changu Narayan Temple is named after her. Hence, this temple is one of the great examples of ancient art and craft.

Rama Janaki Temple is an ancient Hindu temple located at the heart of Janakpur, around 123 km to the south-east of Kathmandu and is the capital of Dhanusa.  Fully built in bright white, the temple is an example of perfect artistry. Constructed in an area of 4,860 sq. feet in a mixed style of Islamic and Rajput domes, the temple is 50 meters high. It is a three-storied structure made entirely of stone and marble. All its 60 rooms are decorated with coloured glass, engravings and paintings, with beautiful lattice windows and turrets.

It has a great history of Ram and Janaki with mysterious incidents of ancient times. This is one of the most visited temples around the world which is also enlisted in world heritage. Therefore, if you don’t visit this temple, you will be missing a great memory.