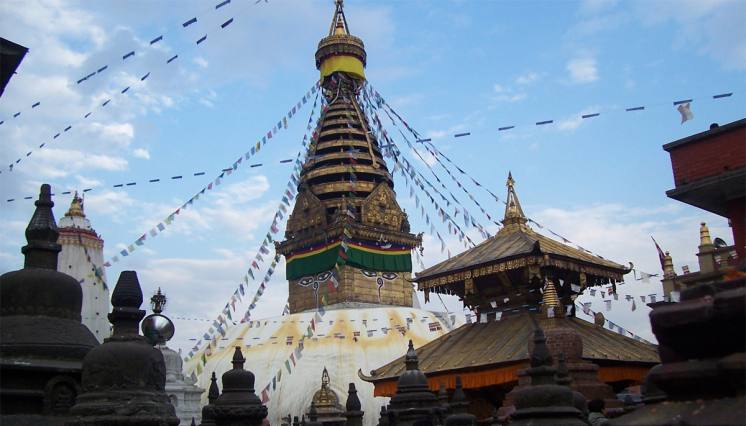 Swayambhunath is a famous sacred site listed under World Heritage Site by UNESCO, situated in swayambhu at the top of hill inside Kathmandu valley.  It’s 9 Km from Tribhuwan International Airport. You can observe the whole Kathmandu from miles and from all sides of the valley as the site is located at higher landscape.  As the hill is all covered by trees, it looks really incredible from anywhere in Kathmandu. 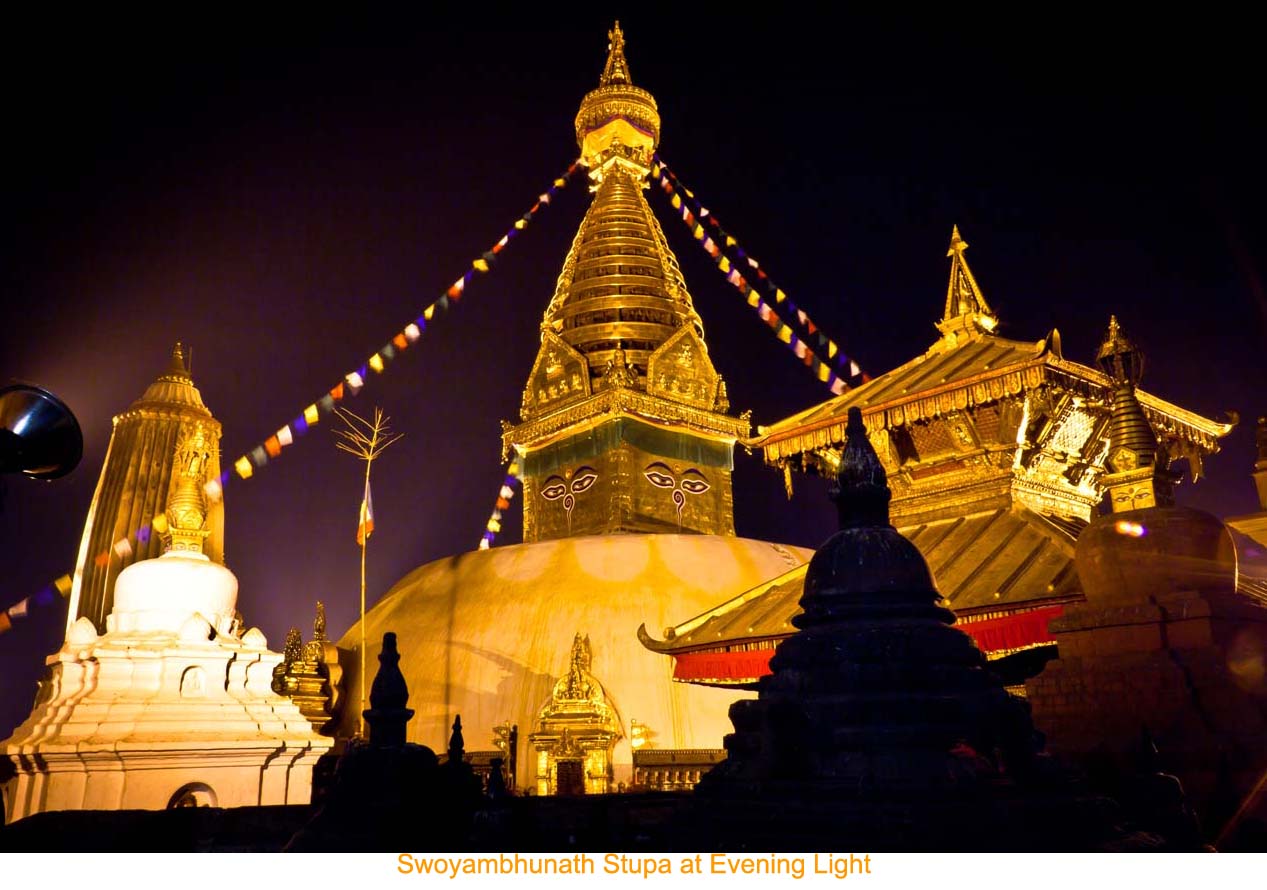 Swayambhunath is also called as the Monkey Temple where you can see monkeys climbing trees, swimming and roaming around. But you should be very careful; they can take foods from your hand without your knowledge. It’s better not to tease them or go near them. Swayambhunath Stupa is the most ancient and enigmatic of all the holy shrines in Kathmandu valley. The golden pinnacles standalone on the big white dome at the base where the base represents the entire world. The thirteen pinnacles on the top symbolize that the sentient being have to cross through the thirteen stages of realization to reach to the Buddhahood. There are four eyes on each side of main stupa which represent Wisdom and Compassion. There are many small shrines with statues of Tantric and shamanistic deities, prayer wheels and a popular Hindu temple dedicated to Harati, the Goddess of smallpox and other epidemics. The presence of the hindu temple signifies the intermingling of the pantheons of Hinduism and Buddhism in the development of the religious trends of Nepal. Every morning before dawn hundreds of Hindus and Buddhists pilgrim climb 365 steps from eastern side that lead up to the hill. There are many art and gallery shops, restaurants at the top and every morning you can hear the Buddhist and Hindu chanting and pleasing music which make the surroundings feel amazing.

The historical records found on stone inscription proofs that the stupa was already an important Buddhist pilgrimage destination by the 5th century AD. It is believed that origin of stupa was long before the arrival of Buddhism into the valley. There’s no actual proof on who really created the stupa. It is believed to be self-created. The historical belief shows that the Bodhisatva Manjushree was meditating at the sacred mountain of Wu Tai Shan and had a vision of the dazzling light coming from a lotus on the middle of the lake (Kathmandu Valley was a big lake in ancient time). He felt that if all the water of valley were drained out, it would become more easily accessible to human pilgrims. With his great and powerful sword he cut a gorge in the mountains surrounding the lake and the water drained slowly. The lotus was then transformed into a hill and the light became the Swayabhunath Stupa. The lake turned into a valley and it’s called Kathmandu at present. You can today see the gorge cut by Manjushree at Chovar (a beautiful hill side), north of Kathmandu. 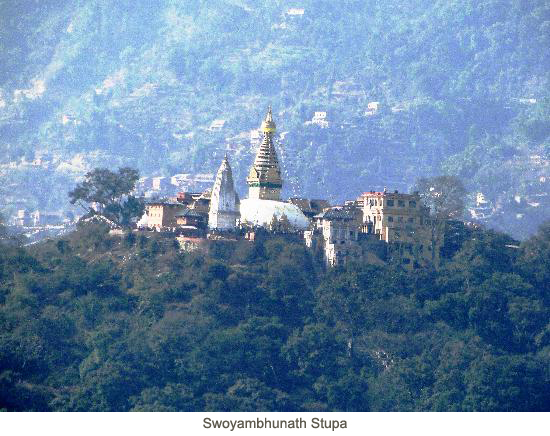 How to get there?

Swayambhunath Stupa is about 9 km from Tribbuwan International Airport. You can easily go by drive or by walk. There are two ways to reach to the top from bottom of the hill. Either you have to walk 365 steps from eastern side or go by vehicle from western side. Foreigners except SAARC countries are compulsory to take the pass (ticket) before entering.  There are other many places to visit near or inside the valley such as the sacred site Pashupatinath temple, Bauddhanath stupa, Patan Durbar Square, Bhaktapur Durbar Square, Kathmandu Durbar Square. These all are listed under world heritage site by UNESCO. Touch Kailash Travels and Tours can arrange special services and tour package as per client requirements.